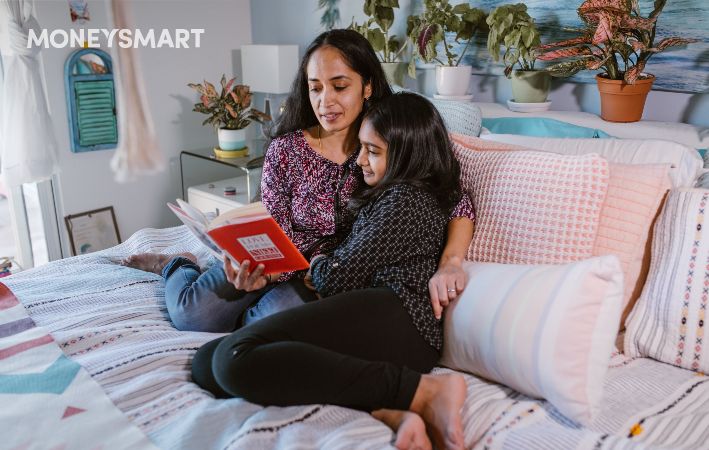 We have no idea what will happen to your soul when you die, but we can guarantee that your money will go to neither heaven nor hell.

Your life insurance will pay out to your beneficiaries, while your savings, investments and other assets will be distributed to according to what you’ve indicated in your will, if you’ve made one.

Well… all your money except your CPF savings.

Here’s the thing — you cannot use a will to distribute your CPF savings. To determine who gets them when you die, you need to take the extra step of making a CPF nomination.

What is a CPF nomination?

A CPF nomination instructs the CPF Board to distribute your CPF savings to the people nominated by you when you die.

As mentioned earlier, you cannot distribute your CPF savings through a will. So, to do estate planning properly, you must make a CPF nomination in addition to making a will.

Even if you can’t be bothered to make a will because you get charged fall-below fees on the bank account where you keep your life savings and the only property you own is in The Sims, it’s still important to make a CPF nomination.

You might feel cash poor, but your and your employer’s compulsory CPF contributions can really add up over the years, and there’s a chance you already have a nice five or six figure sum in there.

It’s a good idea to make a CPF nomination once you start getting CPF contributions (ie. once you start working). You should also review your CPF nomination after big life events like marriage or a divorce. After all, you wouldn’t want your odious ex-spouse to end up inheriting your money!

Some important things to note

You can nominate up to 8 people to receive your CPF savings and indicate how much each one should receive.

CPF nominations can only distribute the following:

You cannot distribute the following through a CPF nomination:

These assets will need to be distributed through a will instead.

What if you don’t make a CPF nomination?

The Intestate Succession Act sets out rules for any combination of surviving relatives.

If you have a spouse and kids, half of your wealth will go to your spouse, and the other half will be divided equally between your kids. If you don’t have a spouse or kids, your money will be split between your surviving parents.

For those without a spouse, children or surviving parents or grandparents, the money will might end up being inherited by siblings or aunts and uncles.

How to make your CPF nomination online

Before making a nomination, you want to make you have the full name, NRIC/foreign passport/identification number and mailing address of all your nominees.

You should also have the full name, NRIC/foreign passport/identification number, email address and mobile number of two witnesses. These witnesses must be aged at least 21 years old and have SingPass accounts, but must not be any of your nominees.

When you’ve got all the above information, you can make a nomination in the following steps:

3. Fill in the forms and submit.

Once you have submitted your nomination, your two witnesses must within 7 days submit a declaration that they have been informed of your nomination. So, don’t go and anyhow key in someone’s details without telling them you’ve chosen them as a witness!

How to make your CPF nomination in person

Maybe you’re just not into technology or prefer the human touch. Instead of making a CPF nomination online, you can do so in person at a CPF Service Centre.

Book an appointment online at least one day in advance, and don’t forget to bring along your NRIC/passport when you show up for your appointment.

If possible, you should also bring along photocopies of your nominees’ NRIC/foreign identification document and have their personal particulars (full name, NRIC/passport/ID number, mailing address for foreign nominees) ready.

There’s no need to find witnesses as the CPF Board can just get their staff to witness your nomination.

How will your CPF savings be paid out?

Nominees will receive your CPF savings via cash, cheque or GIRO.

If you’re a parent nominating a child with special needs, you can make a Special Needs Savings Scheme (SNSS) nomination to enable them to receive the money on a monthly basis.

Apart from CPF nomination, what else should you do?

In addition to a CPF nomination, you should also write a will to deal with the rest of your assets. You can also arrange for care of your children, if any, through your will.

You might also wish to make a Lasting Power of Attorney (LPA) to ensure someone you trust makes decisions on your behalf if you lose mental capacity.

An Advance Medical Directive (AMD) is another good-to-have if you wish to prevent your family from prolonging your life using extraordinary life-sustaining treatment if something were to happen to you.

While doing all this admin, it’s also worthwhile to get your life insurance policies in order.

Not sure what other tasks you should complete? Click here for a complete estate planning checklist.

MoneySmart.sg helps you maximize your money. Like us on Facebook to keep up to date with our latest news and articles.

Compare and shop for the best deals on Loans, Insurance and Credit Cards on our site now!