“These guys [insurance companies and Washington bureaucrats] are working together to swipe $500 billion from Medicare to pay for Pelosi and Schumer’s out-of-control spending spree.”

Video advertisement from the 60 Plus American Association of Senior Citizens 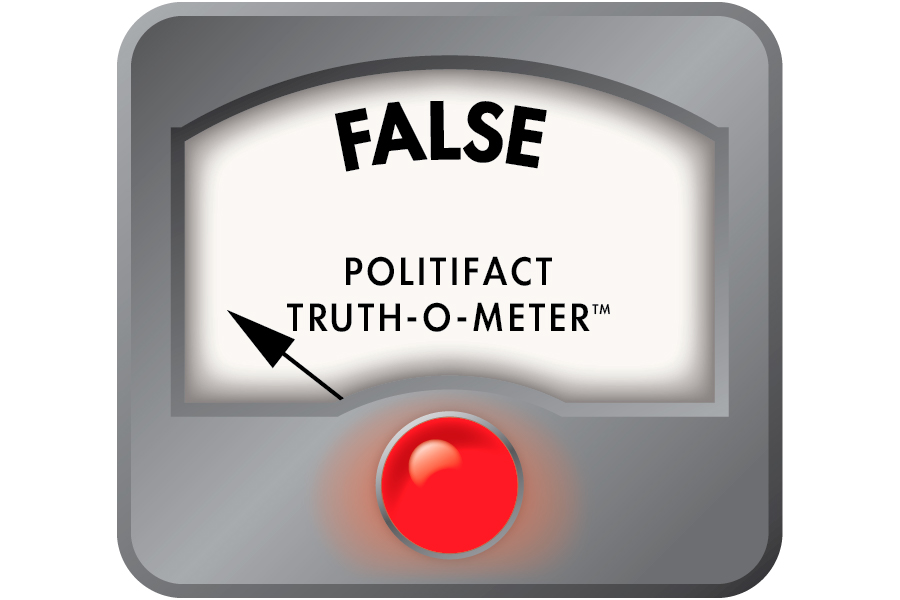 The advertisement opens with a doctor sitting across from his patient and holding a prescription drug pill bottle. “You want to continue with this medication?” the doctor asks while an older patient nods.

The doctor then explains that he can no longer provide the medicine to her because insurance companies and Washington bureaucrats “are working together to swipe $500 billion from Medicare to pay for [House Speaker Nancy] Pelosi and [Senate Majority Leader Chuck] Schumer’s out-of-control spending spree.”

“They’re calling it Medicare negotiation, but, really, it’s just a way to cut your benefits and no longer pay for lifesaving medicines,” the doctor says.

Medicare negotiation refers to the federal government bargaining directly with pharmaceutical companies on the price of prescription drugs. Currently, Medicare is prohibited from using its vast market-share muscle to set prices. But supporters of Medicare drug negotiations eye the Democratic-backed budget reconciliation bill now being discussed in Congress as a means to reverse the policy.

This ad, seen on television and online, is part of a multiplatform campaign by the 60 Plus American Association of Senior Citizens, a conservative group that lobbies on senior issues and brands itself as the “right alternative to AARP.” It’s one example of a swath of ads that have popped up in the past month about Medicare drug price negotiations.

Since drug pricing is a hot topic and a critical piece of the broad, politically charged debate in Congress, we thought it was important to dig into the ad’s messages.

All five of the Medicare and drug pricing experts we consulted said that was a misleading way to frame this policy.

The reference to $500 billion most likely comes from a Congressional Budget Office estimate of a provision in H.R. 3, the Elijah E. Cummings Lower Drug Costs Now Act. It’s an estimate of how much the government would save over 10 years if drug price negotiations were enacted.

That is, the government would be paying pharmaceutical companies $500 billion less for prescription drugs.

And, in that bill, $300 billion to $400 billion of the savings were to be used to expand benefits to include dental, hearing and vision coverage, said Juliette Cubanski, deputy director of the program on Medicare policy at KFF. Right now, Medicare doesn’t provide that coverage to seniors.

If this policy were to make it into the pending budget reconciliation, some of the savings would also likely address other Democratic health care priorities, such as permanently closing the Medicaid coverage gap and improving Affordable Care Act coverage and subsidies.

So the ad’s charged language — that Pelosi and Schumer are planning to “swipe” this money from Medicare — is incorrect. That $500 billion in savings would be slated for reinvestment in the program. And some experts said the changes to drug pricing could also translate into lower premiums and out-of-pocket costs for seniors.

The point of negotiations is “to spend less on the drugs we’re already buying and put the money back into the health system,” said Rachel Sachs, a law professor and expert on drug policy at Washington University in St. Louis.

But what about the ad’s other main point — that Medicare negotiation will result in seniors no longer being able to get their medications?

Since 60 Plus did not return requests for comment, it’s hard to know exactly what it is asserting will come between seniors and their medication.

It’s possible the ad is implying that drugmakers may walk away from the negotiating table if they don’t like the prices the government promotes. But experts said it’s likely a financial penalty would be in place to motivate the companies to work with the government. H.R. 3 proposed an escalating excise tax.

And the number of drugs subject to negotiation would probably be a small subset of all drugs on the market, based on the negotiation method that was proposed in H.R. 3.

In real life, the scenario shown in the ad is unlikely to happen, said Joseph Antos, senior fellow in health care policy at the American Enterprise Institute.

“The question of whether a drug would be taken off the market — it’s always a little hard to say and, clearly, that is a possibility,” said Antos. “But it’s much more plausible to say this is the kind of policy that would lead to some new drugs not coming out to the market.”

That’s an argument often wielded by the pharmaceutical industry.

Evidence suggests there’s a grain of truth in the assessment that lower industry profits results in less research and development, said Paul Van de Water, a senior fellow in health care policy at the Center on Budget and Policy Priorities. But only a grain. For the most part, the drug industry overstates the effect of lost profits.

“A lot of these drugs are what’s known as ‘me-too’ medicines, which means the drugmakers are making small innovations on existing drugs,” said Van de Water. “The loss to Medicare beneficiaries of those types of drugs would be relatively small.”

In a separate analysis, the CBO examined to what extent negotiated drug prices could squeeze the pharmaceutical industry’s R&D capacity. The agency, using a 30-year window, estimated that 59 drugs wouldn’t come to market. That’s against a baseline of about 900 drugs being released per year, said Sachs, which means it would stymie only a tiny fraction of otherwise expected drugs.

Still, some experts say the CBO report can’t precisely predict the future and a loss in profits would have a larger effect on smaller, start-up pharmaceutical companies.

“At the small operations, a scientist thinks they have an insight into some biological process and they attract venture capitalists to develop a drug,” said Antos. “But drug development is a complicated business, and the drug might not make it to market. With less funds for that type of research, that is the part of the drug business most directly affected by the drug pricing policy.”

Currently, the idea is seen as a way to help pay for the Democratic-backed health initiatives being discussed as part of the reconciliation bill.

And, a recent poll from KFF shows that almost 90% of the public supports the government’s ability to negotiate for lower drug prices.

But allowing Medicare to bargain on drugs is controversial, even among Democrats, some of whom say they don’t want to stifle drug companies’ innovation, especially if it’s a big industry in the area of the country they represent.

Meanwhile, PhRMA, the powerful pharmaceutical industry trade group, announced Sept. 15 it would be launching a seven-figure ad campaign against the drug pricing proposals, according to The Hill.

The 60 Plus Association ran an advertisement that claimed Medicare drug price negotiations were “swiping” $500 billion from Medicare and going to be used as a way to “cut benefits and no longer pay for lifesaving medicines.”

While the $500 billion number is based on facts, everything else this ad says is misleading.

If Congress approves a plan to let Medicare negotiate drug prices, Democrats are calling for most of the savings to be funneled directly back into the Medicare program to provide vision, dental and hearing benefits. So, it’s not true that the plan for the money is to steal from Medicare. Experts also agreed it is specious to say seniors could no longer get the medications they’re currently taking.

We rate this claim False.

Kaiser Health News (KHN) is a national health policy news service. It is an editorially independent program of the Henry J. Kaiser Family Foundation which is not affiliated with Kaiser Permanente.

This story was produced in partnership with PolitiFact.

60 Plus American Association of Senior Citizens, “Our Mission,” accessed Sept. 22, 2021

KFF, Public Opinion on Prescription Drugs and Their Prices, June 15, 2021

Phone interview with Juliette Cubanski, deputy director of the program on Medicare policy at KFF, Sept. 21, 2021

The post KHN: An Ad’s Charge That Price Haggling Would ‘Swipe $500 Billion From Medicare’ Is Incorrect appeared first on Retired Americans.