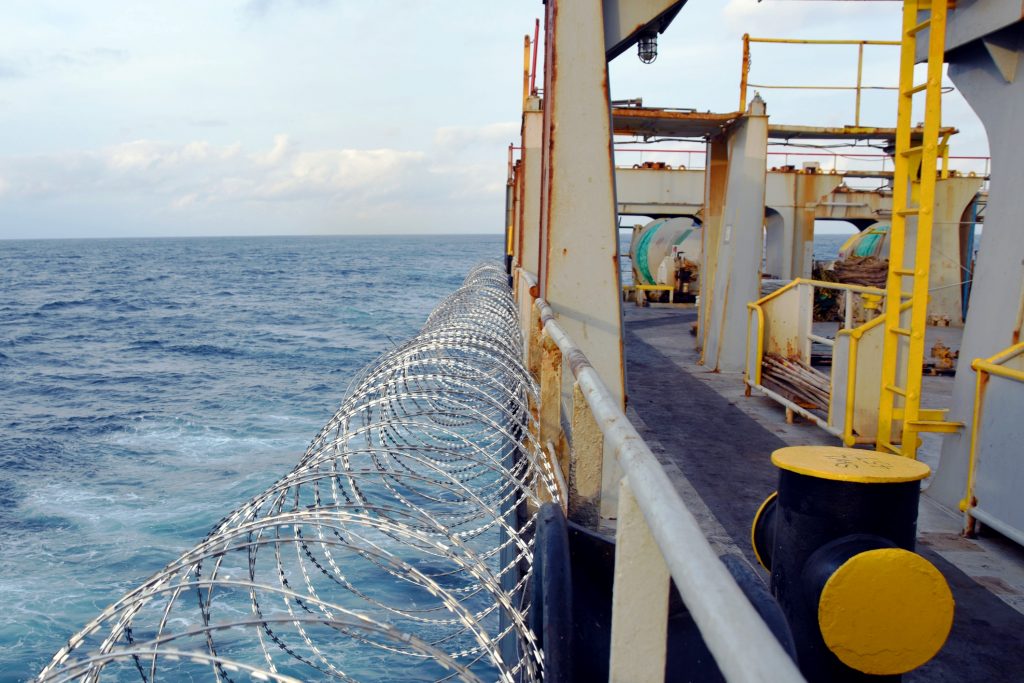 August is International Pirate Month – mainly, I suppose, because it’s fun to say “Arrrg-ust” like a Caribbean pirate from the movies.  But many people outside the maritime and insurance industries don’t realize that piracy remains a costly peril in the 21st century – and, like so many other risks, it may have gotten worse during the COVID-19 pandemic.

Global insurer Zurich estimates the annual cost of piracy to the global economy at $12 billion a year and, according to the International Maritime Bureau’s Piracy Reporting Centre (IMB PRC), global piracy and armed robbery numbers increased 20 percent in 2020. IMB PRC’s latest annual report lists 195 actual and attempted attacks in 2020, up from 162 in 2019. It attributes the rise to increasing incidents within the Gulf of Guinea in Africa, as well as increased armed robbery activity in the Singapore Strait.

In its Safety and Shipping Review 2021, global insurer Allianz says, the Gulf of Guinea accounted for over 95 percent of crew members kidnapped worldwide in 2020.

“Last year, 130 crew were kidnapped in 22 separate incidents in the region – the highest ever – and the problem has continued in 2021,” the report says. “Vessels are being targeted further away from the shore – over 200 nautical miles from land in some cases.”

The COVID-19 pandemic may have played a role in this rise in pirate activity, as it is tied to underlying social, political, and economic problems.

The economic effects of the pandemic have been especially devastating in parts of the world where piracy tends to be a problem: job losses, negative growth rates, and increased poverty. According to the International Monetary Fund (IMF), China is the only major economy projected to have a positive growth rate in 2020. The economies of most other countries have shrunk, some by more than 9 percent. Overall, the global economy likely shrank by at least 4 percent in 2020, and the World Bank expects an additional 150 million people have been pushed into poverty.

The economic costs of the pandemic have been particularly challenging for piracy-prone countries, and pre-COVID economic conditions in many of these places almost certainly means slower recoveries.

“Pirates, criminals, and terrorists exploit poverty and desperation to seek recruits, gain support, and find shelter. To counter these threats, we need to raise awareness and educate people, especially youth, while providing alternative livelihoods and support for local businesses,” said Ghada Waly, Executive Director at the UN Office on Drugs and Crime.

Crew relief is essential to ensuring the safety and health of seafarers. Fatigued crew members make mistakes, and there are serious concerns for the next generation of seafarers. COVID-19 is affecting training, and the sector may struggle to attract new talent due to working conditions.

In March, the International Chamber of Shipping warned that lack of access to vaccinations for seafarers is placing shipping in a “legal minefield” and could cause disruption to supply chains from cancelled sailings and port delays.

“Vaccinations could soon become a compulsory requirement for work at sea because of reports that some states are insisting all crew be vaccinated as a precondition of entering their ports,” Allianz writes. “However, over half the global maritime workforce is currently sourced from developing nations, which could take many years to vaccinate. In addition, the vaccination of seafarers by shipping companies could also raise liability and insurance issues, including around mandatory vaccination and privacy issues.”

COVID-19’s confounding implications for international piracy were illustrated last month, when more than 80 percent of a South Korean anti-piracy unit serving a mission off the coast of Somalia were found to have tested positive and were airlifted out. South Korea’s defense ministry has said the unit left the country in February unvaccinated. The government has defended the decision, citing lack of vaccine availability at the time.

From the Triple-I Blog: