California electrical utility Southern California Edison has been approved to buy up to $1 billion of liability insurance protection for third-party wildfire-related claims, with catastrophe bonds approved as a structure it can use to secure some of the necessary limit. 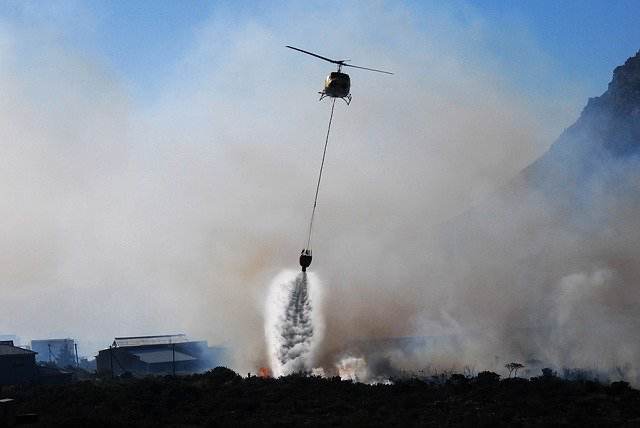 Southern California Edison (SoCal Edison) is one of the electrical utilities in California that has been hit by wildfire liability related claims from recent years catastrophic fires and paid significant subrogation back to the insurance and reinsurance market as a result.

For example, earlier this year Southern California Edison agreed a $2.2 billion payout to settle all insurance subrogation claims from litigation related to the 2018 Woolsey Fire, which at the time it expected would exhaust its remaining $700 million of wildfire liability insurance coverage.

That followed a 2020 settlement of $1.16 billion with holders of insurance subrogation claims related to litigation from the 2017 Thomas and Koenigstein fires and the 2018 Montecito Mudslides.

The utilities insurance costs have been rising as a result of its claims from recent severe California wildfire seasons, as insurers ramped up their pricing in response to losses and higher reinsurance costs.

Which has made the capital markets and insurance-linked securities (ILS) such as catastrophe bonds a viable alternative source of protection.

In recent years we’ve seen a number of wildfire catastrophe bonds, some for electrical utilities in California.

This was followed by the Los Angeles Department of Water & Power, which sponsored a $50 million Power Protective Re Ltd. (Series 2020-1) cat bond at the end of 2020, which became the first parametric wildfire cat bond ever.

So the concept has clearly been tested and proven, with the cat bond market showing it can be a viable source of wildfire liability related insurance or reinsurance protection.

The utility faced a hearing at the California Public Utilities Commission (CPUC) last week, at which it requested steep rate increases for its customers to cover costs, while also seeking approval to buy another $1 billion of wildfire liability insurance protection.

SoCal Edison secured a rate increase, although only at less than half the level it had been hoping for.

The California’s CPUC approved its insurance needs as well, allowing SoCal Edison to procure up to $1 billion of liability protection, which is the level of wildfire insurance required before the California Wildfire Fund would kick-in to absorb some claims.

The utility had forecast wildfire liability insurance costs of $623.8 million, but only $460 million was approved as it was deemed that shareholders should bear some of the brunt of wildfire risk transfer costs.

But most interesting for our readers may be the fact that SoCal Edison has proposed to use alternative risk transfer instruments, such as catastrophe bonds, in order to secure its needed wildfire liability insurance protection.

This would only be the case where an alternative risk transfer solution, such as a catastrophe bond, can provide “better or less expensive coverage than traditional wildfire liability insurance,” the hearing heard.

SoCal Edison also said that it would only engage in transactions like a wildfire catastrophe bond “if they could fill capacity at a lower cost than market-priced insurance and reinsurance or if no such capacity were available from the traditional markets.”

The CPUC said that it recognises that “under certain circumstances, alternative risk transfer instruments may be a more cost-effective way to manage risk.”

As premium prices have increased significantly in traditional insurance and reinsurance markets, it is prudent to look at alternatives, including the capital markets.

“We do not preclude SCE from relying on such instruments when circumstances warrant,” the CPUC said, adding that, “The use of such instruments is not novel,” as there are already examples that have been issues successfully, as we explained above.

SoCal Edison was directed to report on any use of alternative risk transfer structures, such as wildfire cat bonds and it will have to justify any excess costs that could come from their usage, the CPUC stated.

SoCal Edison will have to report a Wildfire Expense Memorandum Account (WEMA) to the regulator, tracking additional costs related to wildfire liability and the CPUC said that “This will enable the Commission to review the reasonableness of any costs above the forecast amount, including SCE’s use of any alternative risk transfer instruments.”

So, it looks as if SoCal Edison will, through its brokers, at the very least be assessing the appetite of the capital markets and insurance-linked securities (ILS) investors for wildfire risk over the next year, to see if a wildfire catastrophe bond could be a viable alternative source of wildfire liability insurance capacity.

With catastrophe bond pricing still attractive and it clearly still possible to transfer wildfire risks to the capital markets in catastrophe bond form, as recent deals have shown, there’s a strong chance we could see SoCal Edison becoming another new sponsor to enter the market in the coming months.

SoCal Edison approved to use cat bonds to transfer wildfire risk was published by: www.Artemis.bm
Our catastrophe bond deal directory
Sign up for our free weekly email newsletter here.