The other day we got a phone call from one of our old neighbors back in New York. She’s actually my wife’s friend, but I was in the car so we were both on the phone.

The neighbor — I’ll call her Amy — asked how we were doing, wished B a happy belated birthday. Then she blurted out: “We just sold our house!”

“Wow, congratulations!” we chorused. “So what are you going to do now?”

The woman was bubbling over with enthusiasm. They’d sold their suburban three-bedroom in one day. They got full asking price, which was more than either one of them expected.

It turns her her husband John had taken retirement back in January of this year. “I myself haven’t given notice yet,” Amy said. “But we’re ready to retire.”

We said how happy we were for them. Then B asked, “So where are you going?”

“Oh, we don’t know yet,” Amy replied. “We’ve been thinking about moving to Cape Cod. But maybe also South Carolina. And then there’s always Pennsylvania.” 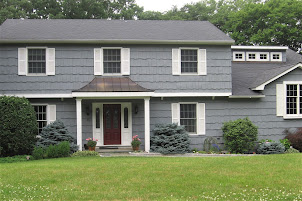 Amy had grown up in Pennsylvania, outside of Philadelphia. She still has some family in the area. But they were also thinking farther afield.

And then it dawned on me why she was calling us. She knew we had gone through the same retirement process that she and her husband were about to embark on. B and I had considered Cape Cod as a retirement home. We’d thought about South Carolina, since one of B’s sons was already living there, with a new baby, our first grandchild.

We had finally decided on Pennsylvania, partly because B has family in the area. It has a lower cost of living than New York or New Jersey. And it’s not too far from our long-time home. (We were just there a couple of weeks ago, visiting old friends.)

But here’s what stopped us. We’d started looking for a place to retire a year or two before we sold our house. Then, as we’d planned, we spent a year living in a condo, while we continued our search and finally made a decision.

But Amy and John? They’ve sold their house. The buyers want a November 1 closing. And as of right now they have no place to live. And do they realize that while they got top dollar on the sale of the house, they’ll have to pay top dollar on any house they want to buy? Prices are high where we live in Pennsylvania. They’re high in Cape Cod. They’re high in South Carolina. My sister tells me they’re absolutely ridiculous in Phoenix. Is there anyplace where house prices aren’t out of sight?

Also, do they realize that it takes at least a month to close on a house after they’ve agreed to buy it? Are they going to do like us, and rent for a year or two? If so, they have a major downsizing job in front of them.

They have three kids. They are grown up and out on their own. But they’ve left a lot of the usual stuff in their parents’ attic and basement. And by Amy’s own admission, “I’m a bit of a packrat.”

All those questions are hanging out there. But we didn’t want to rain on their parade. We’re happy for them, if they’re ready to retire and move to a more relaxed and perhaps less expensive area and settle down and enjoy life. But I think they’re putting themselves pretty far out on a limb. They have a lot of work ahead of them, don’t you think?