There is no denying that winter is finally here. The cold weather coupled with the fact that we are in the third wave is the perfect opportunity to spend time at home, reading a good book and eating nourishing and comforting food.

Sally Williams is not only famous for her nougat but also her cooking. One of Kim’s favourite recipes of Sally’s is her delicious roasted tomato and butternut soup. So give it a try and let us know what you think.

Mix all the ingredients together and toss.
Place in the oven at 220 for 45 minutes until soft and browned.
Put the mixture in a bowl (scrape all the bits from the bottom of the pan) and pour over the stock and mix – then place in a liquidiser and liquidise until smooth.
Return to the pot, season and add the chopped basil.
Before serving, add the cream.
Serve hot or cold.

We have such talented authors in South Africa, and we are spoilt for choice when it comes to genres. We highly recommend Hamilton Wende’s new book, Red Air. If you would like to win a personalised copy of Red Air, please email Lyndsay@charteredwealth.co.za, and we will put you in the draw. 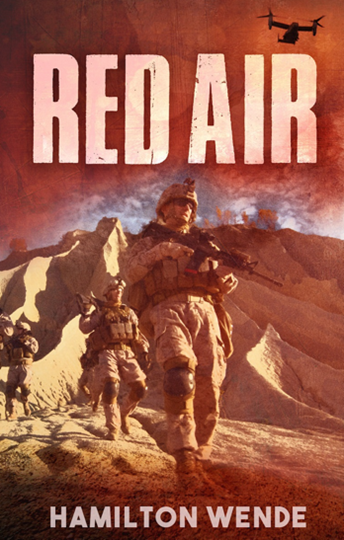 War is an ugly business, no matter which way you look at it. The fact that people profit from bloodletting is ugly. That thousands of young lives are lost, oftentimes senselessly, is ugly. And the grief of those left behind is ugly. There are no real winners in conflict, although enough movies and books would have us believe otherwise. The casualties of war mean that even if one side triumphs over another, there are still parents mourning their sons and daughters.

SA combat journalist Hamilton Wende knows this only too well, having witnessed first-hand the tragedies that can befall families when man recedes into the darkest recess- es of his soul. It is the powerful theme he explores in his new novel, Red Air.

War correspondent Danny Morris has made the potentially fatal mistake of identifying in an article the hotel where he meets the son of an Afghan warlord, Azmaray Shah. Shah is a separatist who wants nothing to do with either the Taliban or the American forces in Afghanistan but views Danny’s error as treacherous. In an act of vengeance, he kidnaps the reporter’s father, Al Morris, a veteran CIA operative whose relationship with Danny soured years earlier when he walked out on the family.

Recognising that having both Danny and Al on the hook would also serve to bring the world’s attention to his political ambitions, Shah plays his hand carefully, understanding that he dare not come across as fanatical as the Taliban. Danny is required to wrestle with his conscience and assess where he might have failed in terms of the distance between him and his father.

Wende has covered conflict in Afghanistan, and knows that things are always more complex than they seem. Black-and-white perceptions of who the good and bad guys are entirely wrong since the country comprises any number of groups that carry their own views of what the country and the religion of Islam should be. His grasp of political dynamics comes across strongly in the narrative, giving authenticity to the novel. That is not to say there isn’t plenty of action.

Danny links up with a US Marines unit to rescue his father, and the fighting is bloody and frenetic. Wende’s descriptions of these scenes speak to his considerable powers as a journalist and give the book the fast-paced appeal needed to keep readers focused on the broader issues of family relationships, love and respect.

Review by John Harvey in the Daily Dispatch

We love hearing from our Retire Successfully community, so if you have any recipes you love or books that you recommend please get in touch with us here.